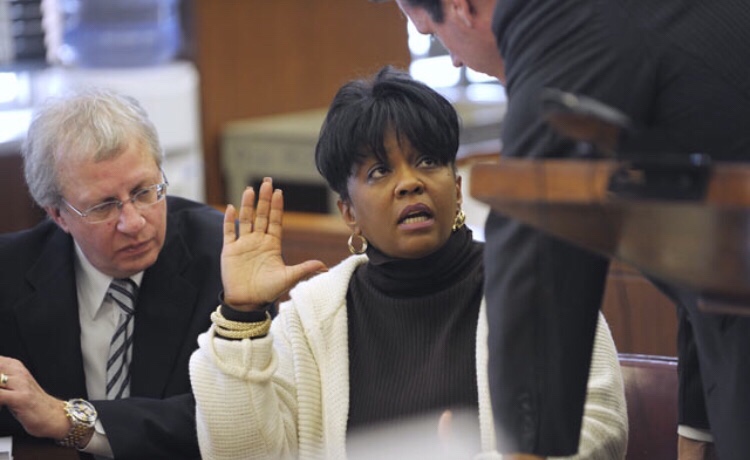 R&B songstress Anita Baker once faced a potential stint in jail for contempt over her divorce settlement with ex-husband Walter Bridgforth, Jr.

Anita Baker and Walter Bridgforth married in 1988 but separated by 2005 and were officially divorced in 2007. They share two sons, both of whom look exactly like their mother…and also share her passion for music. Following their 18 year marriage, Anita and her ex were headed back to court in 2010, when a warrant for her arrest was threatened by their divorce judge.

According to a report, Baker’s previous legal issues with Bridgforth stemmed from her refusal to sign documents that could turn over a portion of her music royalties to him. But she ultimately avoided jail after explaining her position to the judge. Baker’s divorce settlement with Bridgforth called for 50-50 division of royalties from two albums made during the couple’s 20-year marriage; ‘Giving You the Best I Got” in 1988, and “Rhythm of Love” in 1994.

The dispute started after Walter objected to the $12K he’d received as 50% of the music royalty payments in 2009, as he believed there were way more profits to be collected. That’s when it was discovered that Baker relied on the cleverly worded original divorce settlement she and Walter signed. That agreement did not include the term, “mechanical” royalties, therefore she did not feel Walter should be entitled to them. Anita Baker objected to the judge that this is an area that wasn’t negotiated in the divorce. The judge said:

The judge then ordered the court-appointed expert to meet with Anita to rewrite the letters of authorization with mutually-acceptable language. Anita Baker is retiring from the music biz and is currently working on a Farewell tour.