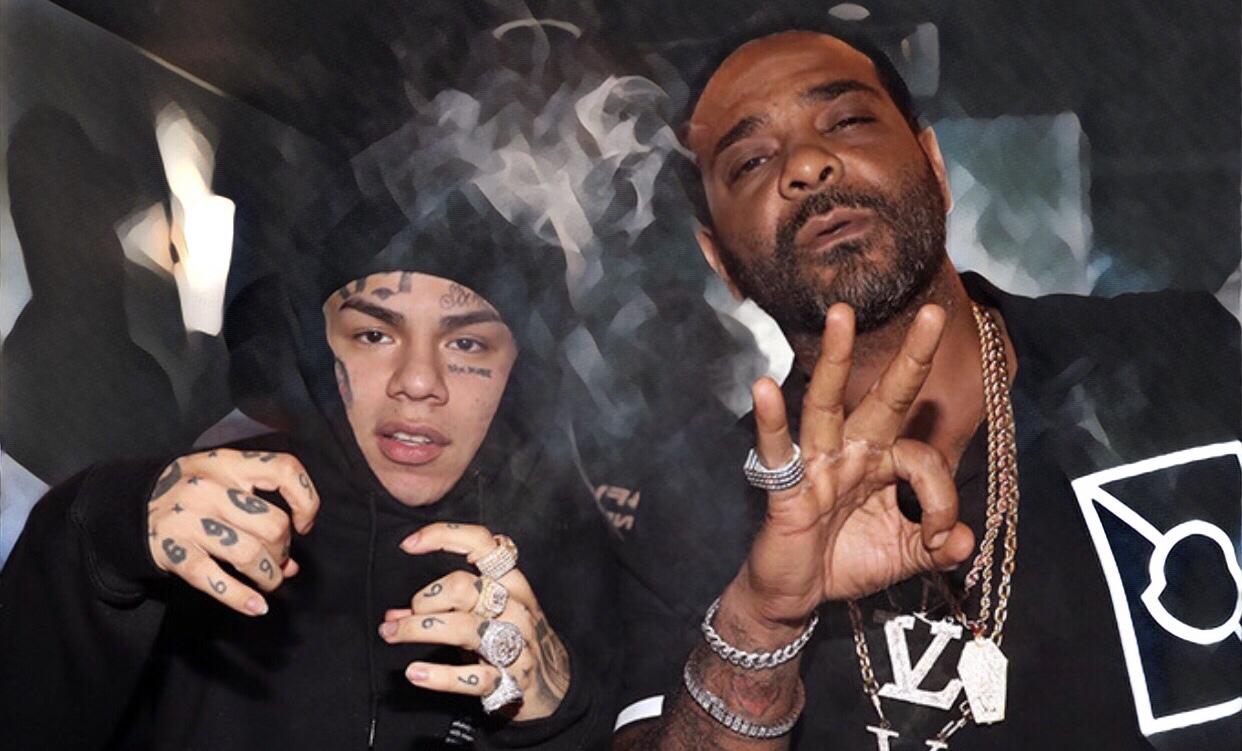 Tekashi 6ix9ine has been telling it all and dropping names of a lot of celebrities including Cardi B., Casanova, Trippie Redd, and Jim Jones.

After testifying that Trippie Redd was a member of a rival gang, Tekashi69 has called out Jim Jones and Cardi B for their affiliation with the Nine Trey Gangsta Bloods. He made the revelation while taking the stand during the third day of his trial in Manhattan federal court on yesterday. Cardi B has previously said that she used to be in the Bloods.

During the trial, prosecutors played an audio clip of Mel Murda, the Nine Trey godfather, and Jim Jones talking to each other on the phone.

In the clip, Jones allegedly states that 6ix9ine was never an actual gang member and should be violated. The official audio of that phone conversation has been released. Take a listen below.

6ix9ine told a Manhattan jury details about his life of crime with the violent crew, including getting abducted at gunpoint amid a dispute between warring factions. The rapper said defendant Anthony ‘Harv’ Ellison and another armed man grabbed him out of his car and forced him into a stolen vehicle one night last July.

Anthony Ellison is accused of abducting and robbing Tekashi. Jurors saw a video shot from the rapper’s car showing how his driver gave chase before the gunmen scared him off. Tekashi testified how Ellison and his cohort drove him around, stopping at various points to taunt and beat him.

During his testimony, Tekashi detailed how his friendship with Harv dissolved after they had disagreements about how his money was to be divided. Tekashi told the court that he was pleading with them not to shoot him, and he added that he handed over a Rolex, a spinning 69 chain, a Jigsaw Saw chain, a Cuban link bracelet, four diamond rings, and his My Little Pony necklace. He added that he was only able to escape by jumping out of the vehicle and into a stranger’s car, which took him to the police station. Check out the video below.

Ellison and a co-defendant, Aljermiah Mack, have pleaded not guilty to racketeering charges. An attorney for Ellison portrayed the alleged abduction as a publicity stunt.