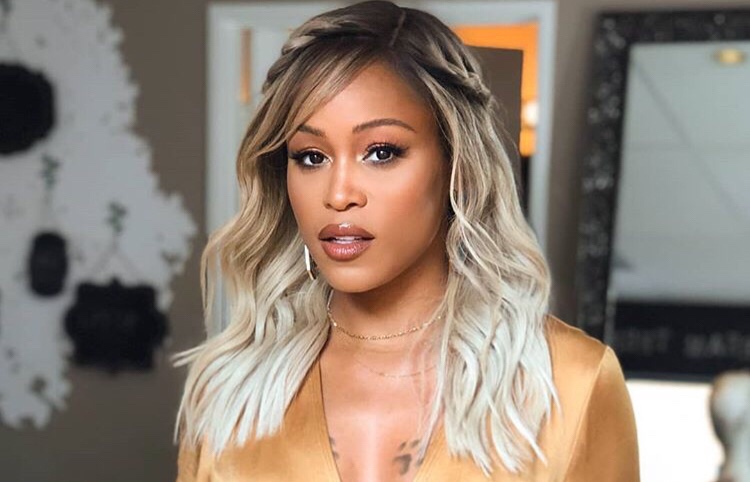 Eve reveals she turned to prescription drugs and alcohol during a ‘Dark Period’ in her life.

She is a Grammy award-winning artist but there was a time in Eve‘s life when she was going through a “dark period,” and ultimately turned to pills and alcohol to “numb her pain.

The 39-year-old rapper/actress/co-host of The Talk revealed that she turned to drugs and alcohol to cope with emotional pain at one point in her life during Tuesday’s episode of the daytime talk show. While discussing Willow Smith’s revelation that she was cutting herself after her initial musical success, Eve revealed:

“At a time in my life, at a point in my life, I’d gone through, and like she says, a dark hole. I call it my ‘dark hole’ period, my dark period. I was out of a toxic relationship, I didn’t have a TV show, I didn’t have a record deal. I was just kinda like, what is happening with my life?”

And during that point in her life, Eve admits that she “didn’t see that I was harming myself.” She shared:

“I just felt like I was coping, but I really wasn’t. You know, you think of harming yourself as cutting or something, but drinking and drugs is exactly the same thing in many ways.”

“And it took my DUI, and I’ve talked about this on the show before, I got a DUI, and it took my DUI to wake me up because I had to wear one of those ankle things. And I didn’t want to because I knew it would force me to deal with my ‘S’, my stuff, and I did, and thankfully, I did and was able to get healthy.”

“I prayed myself through it. I finally started figuring out the things that I needed to do to make myself healthy.”

Eve is now happy, healthy and successful despite the little bump along the way. She has been married married for nearly 4 years to British entrepreneur Maximillion Cooper. You can watch a snippet of eve talking about her past struggle below.