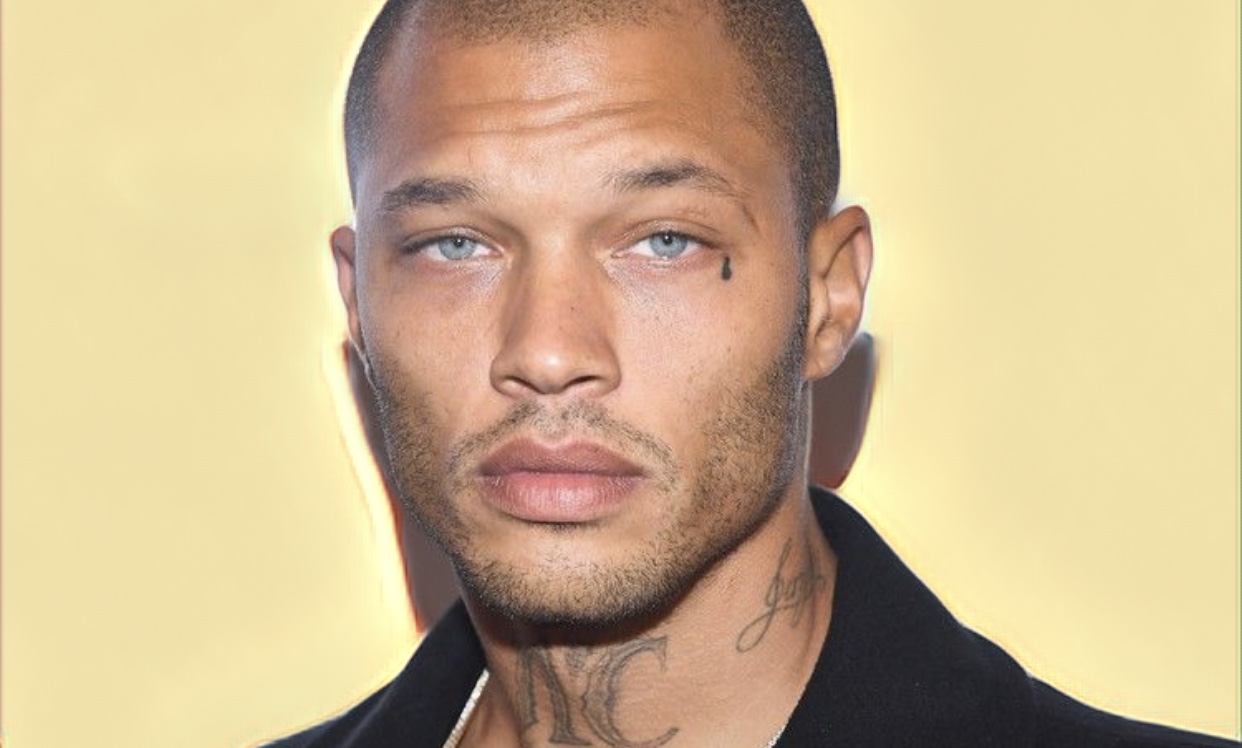 While we know Jeremy Meeks as #PrisonBae turned supermodel, Meeks revealed he had an extremely tough life before he became famous.

Jeremy Meeks opened up about his upbringing in an interview earlier this week. He said his issues began when he was born, and extended into his troubled childhood. Meeks said;

“So, my childhood was very, very dark. Both of my parents were heroin addicts. I was a heroin baby.”

He revealed that his dad stabbed his mother’s best friend to death in his quest to find him and his mom. He said;

“[My father] was looking for us and she was the only one who knew where we were at.’

Meeks was nine-months-old at the time. What his father didn’t know was that Meeks and his family lived in the apartment right above the best friend. As he grew older, he said he had to grow up quickly as he tried to help his mother navigate her heroin addiction while she dated men who were abusive to him and his two siblings. He explained;

“Growing up in a heroin household is really hard. You have to grow up really fast, and fend for yourself, and bring something to the table so that everyone can eat.”

Meeks’ life seemed to take a positive turn when his older sister joined the military when she was 18-years-old. She returned two years later and legally adopted Jeremy Meeks and their brother. Still, by then Meeks, who struggled with a learning disability, said it was usual for him “to make bad decisions.

He became familiar with the gang lifestyle after he moved from Washington state to L.A. in the sixth grade. He said;

Shortly after, he went to juvenile detention for the first time, got shot five times and was beat up by gang members with bats, all within a year. He ultimately spent more than a decade of his young life in jail. He said his complexion didn’t help his life behind bars.

“For most light-skinned people, you’re not black enough and you’re not white.”

But his life finally did take a turn for the better after he was convicted for grand theft and firearm possession in 2014. His mugshot went viral as millions swooned over his appearance. He was sentenced to 27 months behind bars, instead of the recommended 63 months, so that he could make a better life for himself with his new level of fame. Meeks said;

‘The only thing that saved me, which was such a blessing, was my judge. He helped me in so many ways.”

When he was released, he had several modeling gigs waiting for him, and is now one of the most popular male models in the world.
As for his family, his father was released after 33 years in jail. But Meeks made it clear they don’t have a relationship. He said his mom is doing “really well” and she’s been clean for years, but still smokes lots of marijuana.

Meeks also has a son with ex-wife Melissa Meeks, who he was married to when he skyrocketed to fame. Their divorce was made official in 2018 and Meeks moved on with Topshop heiress Chloe Green, who he has a second with. The two reportedly broke up in August. If you are curious about what else Jeremy Meeks talked about, you can watch the full interview below.