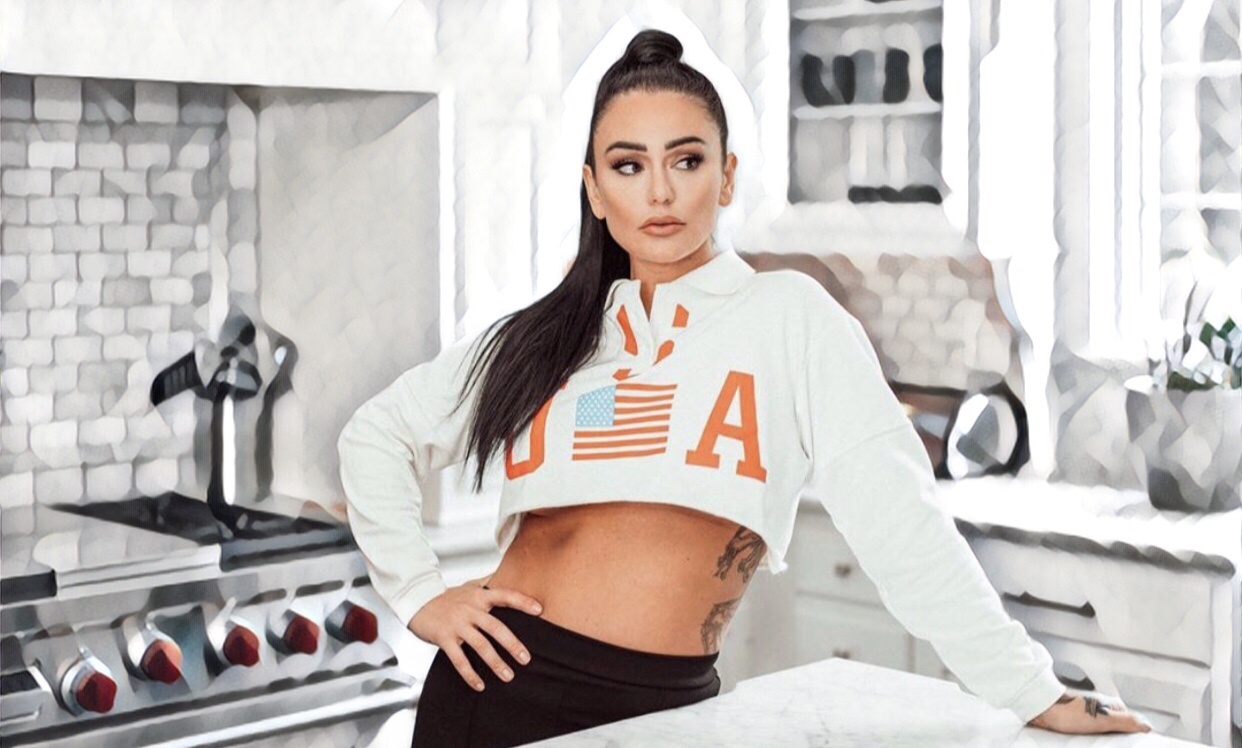 On Thursday’s episode of Jersey Shore: Family Vacation, Zack wrapped his hand around Angelina Pivarnick’s waist in a nightclub and touched her bum as a drunk JWoww snoozed nearby.

JWoww, 33, shared an Instagram statement about how ‘hurt’ she was by the episode. She said in the post:

“My heart hurts on so many levels. One thing I learned from tonight’s episode is know your value. Don’t ever lower your standards.”

Angelina shared during a confessional on Thursday’s episode:

“So we’re all dancing and having a great time. Jenni is obliviated drunk, passed out on her man right now. And all of a sudden, I just feel this big hand just, like, right on me.”

“I was surprised because his hands are so big. It was, like, on my a** and my side. And Jenni’s like right there.”

Her co-stars Deena Cortese and Vinny Guadagnino were on the scene and also witnessed the nightclub encounter. Vinny said in a confessional:

“I mean, Jenni is jealous over everything. Like, if she knew what was going on, she would kill both of you.”

“One minute he’s asking me about my sex life, and the next minute, he’s like grabbing me. He doesn’t know what boundaries are.”

Angelina later confided in her fiance Chris Larangeira about Zack’s actions, as seen on a mid-season trailer for the MTV reality show. When JWoww got wind of the incident, she refused to believe Angelina’s story, snapping at Angelina:

“How much do you commit to a lie?’

The argument threatened to become a brawl as both ladies picked up wine bottles and their co-stars had to restrain them. Clayton offered Farley an apology on instagram, promising that he “will make it certain that nothing like this [will] ever happen again.”

JWoww married truck driver Roger Matthews in 2015 and welcomed two children with him Meilani, five, and Greyson, three. The mother of two filed for divorce last October and by this April it emerged that she was with Zack. Her split from Roger was finalized in Augus