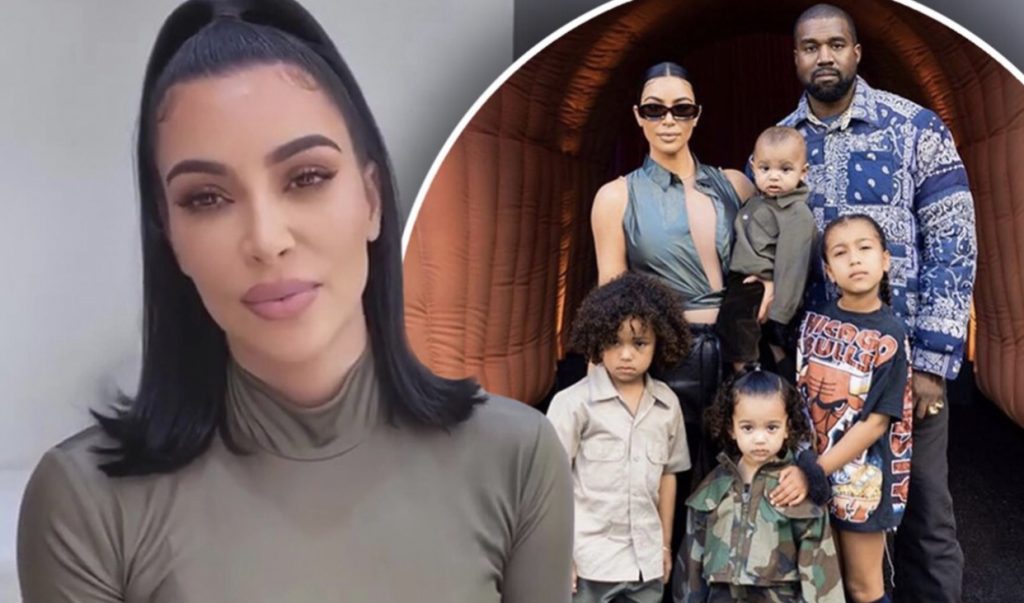 Kim Kardashian and Kanye West are always on the go, moving between countries and states on a near daily basis.

But with quarantine pausing this way of life, Kim Kardashian and Kanye West are finding the enforced time at home together hard. A source told Us Weekly:

“Kanye is really getting on Kim’s nerves.”

Adding that the couple ‘have been arguing a lot during the quarantine’. While Kanye keeps busy ‘creating’, Kim is being mostly left to take charge of their four children. Kim Kardashian is said to feel that ‘all the parenting duties are falling on her’. While the couple usually has plenty of paid help, nannies, maids and personal chefs, it is not known if they have been forced to reduce their staffing amid California’s Shelter At Home order.

Making the most of the situation, Kim has been sharing snapshots of her family time with fans during quarantine. The Keeping Up with The Kardashians veteran on Tuesday, as she snuggled with son Saint while fully made up said:

“Most days we don’t get out of our pajamas.”

Over the weekend the star wrote in a caption of a photo with North:

“What’s your favorite thing about quarantine? Mine is hanging with my babies 247.’

Along with North, six, and Saint, four, the couple have daughter Chicago, two, and baby son Psalm, who turns one next month. Kim has shared pictures and video of the elaborate dens the four have created inside the family mansion, which features a huge playroom, home theatre, luxury pool, expansive landscaped grounds and multiple rooms. Earlier this month Kanye West whisked their youngsters on a three-day trip to Wyoming, so Kim could have a break. A source told People on Thursday:

“They have been taking turns caring for the kids.”

“It’s a huge chaos with all the kids at home. Kanye normally escapes to his office for work breaks.”

Kim, has been vocal over the perils of homeschooling and struggling to keep her brood entertained under quarantine, even admitting the enforced time together has ended any plans for a fifth child. The Calabasas socialite said in the June/July edition of Vogue:

“The theater room is the place that has gotten the most use lately. The whole family has spent the last few nights in there after the kids made it into a fort, with, like, different beds all over the floor. My daughter North, is the fort police. If you move out of your bed that she designated for you, it’s a problem.”

Earlier this month, she seemed overwhelmed by her kids, as she attempted to film a ‘Quarantine glam’ makeup routine. After shooing North out of the room, the mother-of-four said:

“I’m hiding in the guest room because my kids will not leave me alone.”

On Friday, Forbes Magazine revealed that Kanye has reached billionaire status. Despite the massive achievement, the article notes that West was left unhappy with their research and findings – stating that he believes his net worth to be around $3.3 billion, rather than the $1.26 billion they have estimated. West allegedly texted the publication Thursday night:

To calculate his total wealth, Forbes also took into account his “asset liquidity”, properties, and other assets. The publication has been tracking his assets for the last year.

Sorry. No data so far.