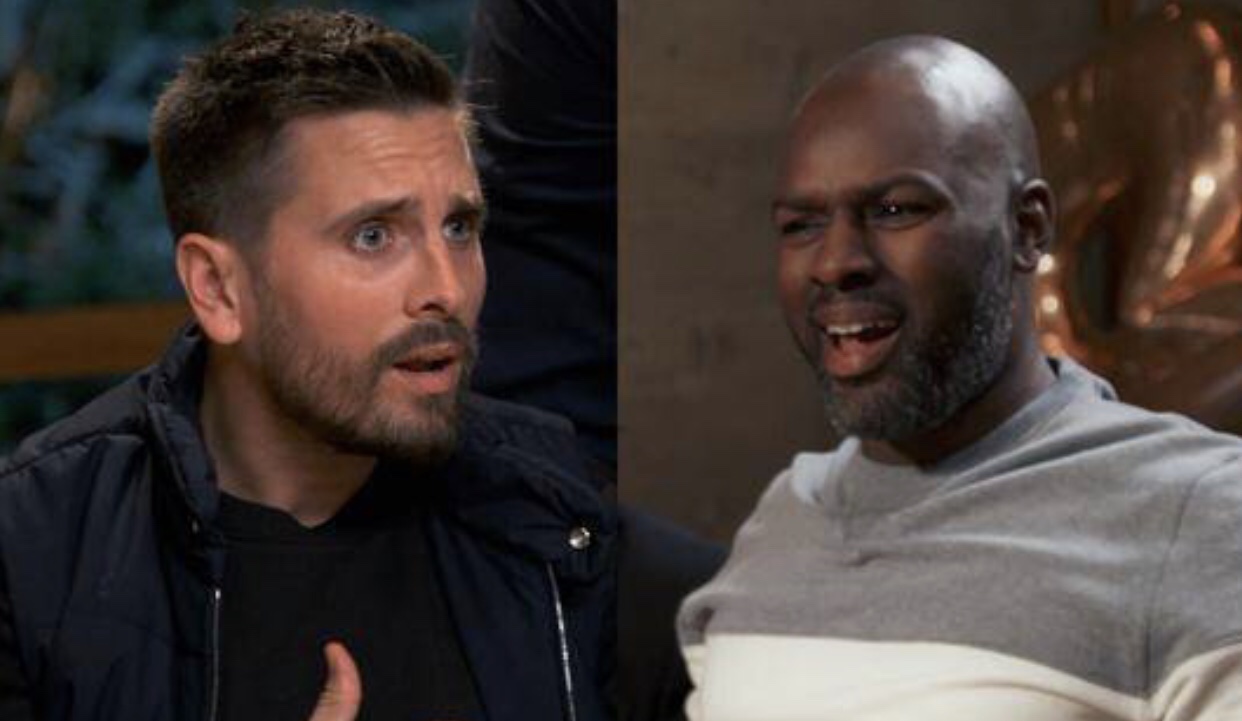 It’s safe to say that Scott Disick is not a fan of Corey Gamble’s parenting advice.

In the sneak peak of Sunday’s all-new Keeping Up With the Kardashians, the Flip It Like Disick star explodes at Kris Jenner’s boyfriend after the he suggests physical punishment for Penelope Disick misbehaving.

The drama all starts when Kourtney Kardashian reveals her nanny quit after her middle child with Scott “scratched her face.” Kourtney said over dinner;

“You guys, I don’t have a nanny anymore. She said P was really upset. She was putting her in the car and Penelope scratched her face. But, P can be out of control. I think she almost blacks out and does these wild things.”

Here’s where things take an uncomfortable turn as Gamble asks if it’s “cool” to “pop the kid” for misbehaving. At first, Kourtney and Scott seemingly ignore the comment. Kourtney Kardashian calmly responds;

“No! But, you could also say something to her in the moment,”

Kim Kardashian reassures Kourtney that this happens with kids as her own daughter North West bit their nanny and tried to fire the hired help. Understandably, Kris is left concerned after hearing these troubling updates about her grandkids. the Kardashian-Jenner matriarch said;

“I had six kids. Not one time in my entire life did anyone ever have a complaint like this,”

However, Kourtney disputes this stance by noting she used to act out with her nannies. In regards to punishing Penelope’s bad behavior, Kourtney reveals she’s at a loss since “there’s nothing I can take away from her physically that she will care about.

At this point, Corey chimes in with his corporal punishment suggestion once again. Corey said;

“I’m sorry, but if P scratched me for no reason, I’m whipping her ass and I’ll explain it to y’all later,”

Scott then asks Corey in disbelief;

“What? You would whoop Penelope’s ass if she scratched you?”

Tensions rise further after Corey doubles down on his spanking stance. Scott retorts in disbelief. A heated Disick yell;

While Corey makes it clear he wouldn’t beat Penelope, Scott is far too upset to hear anything more. The reality star turned house flipper concluded;

“You’re not going to beat my little daughter! Get the f–k out of here,”

See the heated dinner play out in the clip below.