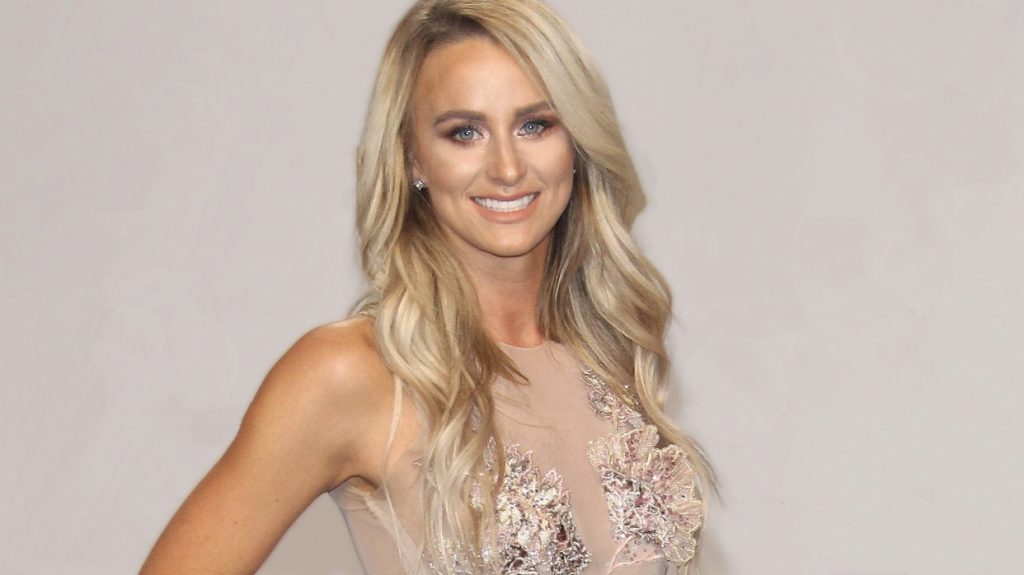 But she admitted she lied and actually had an abortion in her upcoming biography. Leah revealed in a excerpt from Hope, Grace & Faith, when Leah was 19, that she aborted her baby because she was conflicted over her relationship with ex-husband Corey Simms.

Leah, now 27, explained in the book, which is out May 5, that she began dating Jeremy soon after her divorce from Corey, who she shares 10-year-old twin daughters Ali and Aleeah with, even though she “definitely wasn’t over” him. When Corey learned of the new relationship, he started having “second thoughts” about the divorce as well, and the two began discussing if they should give their marriage another shot.

Despite being “twisted up in knots” over Corey, Leah moved in with Jeremy and he proposed. Weeks later, she learned she was pregnant with their child. She wrote:

“I was devastated. Having a baby with Jeremy would be the end of any chance Corey and I had of making things work for our family. I was sad for myself, but mostly I was sad for our girls. I knew I had f**ked up, and I felt like I had ruined their lives on top of mine.”

In the biography, Leah claims her rep at the time encouraged her to terminate the pregnancy. Leah believed the rep’s advice was to help save her “public image.” To make matters worse, Leah explained how she was in a bad place with Jeremy because of her feelings for Corey.

When she told her mom Dawn, she said she would “support” whatever decision she made, but that Jeremy could not find out if she chose to terminate the pregnancy. Leah’s mom and rep “came up with a plan” to make it look like Leah was “having a miscarriage.” The MTV star claimed in the book that she took pills from a clinic, and started having heavy bleeding and cramping. Her mom then called Jeremy. Leah wrote in the biography:

“When she told him I was having a miscarriage the way she played the role of concerned mother was so damn convincing even I couldn’t tell she was lying. I remember listening to her talking to Jeremy on the phone and wondering how the hell I had let this happen.”

The situation became “real” for her when she saw the sac with an embryo inside of it. She wrote:

“It was the worst thing I had ever been through.”

When she called producers that night to tell them she lost the baby, they sent a camera crew and filmed about the “miscarriage.” Leah penned in the biography:

“I can look back now without regret, but for the longest time, I wasn’t okay with the choice I had made. It felt so dark because it was hidden. It wasn’t until I was finally able to bring myself to tell Jeremy what had really happened that I started to realize that as long as I was living with the lie it would keep eating away at me. I carried the pain and the guilt around with me for years, until I finally got to the point where I could hold myself accountable for my choices without punishing myself for them.”

She said that to this day, she isn’t sure if Corey knows the truth. But the abortion didn’t help her reconcile with Corey, as she married Jeremy in 2012. They welcomed daughter Addie, 7, in 2013. She admitted that she “just settled” with him and they divorced in 2015.