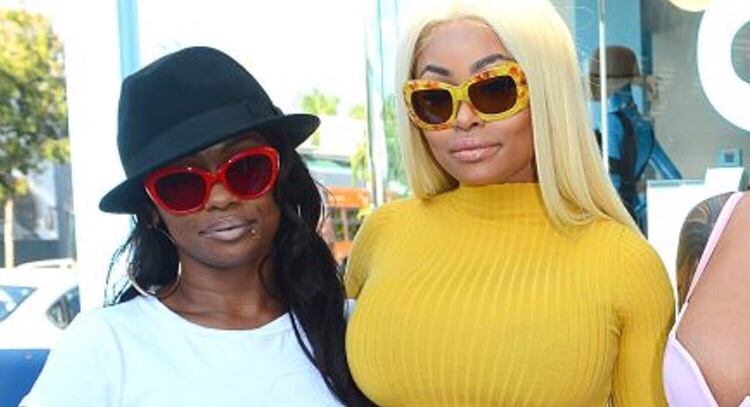 Toyko Toni aired out majority of Black Chyna’s dirty laundry on the Instagram.

Tokyo accused Chyna of keeping her grand children, King and Dream,away from her and not assisting her financially. 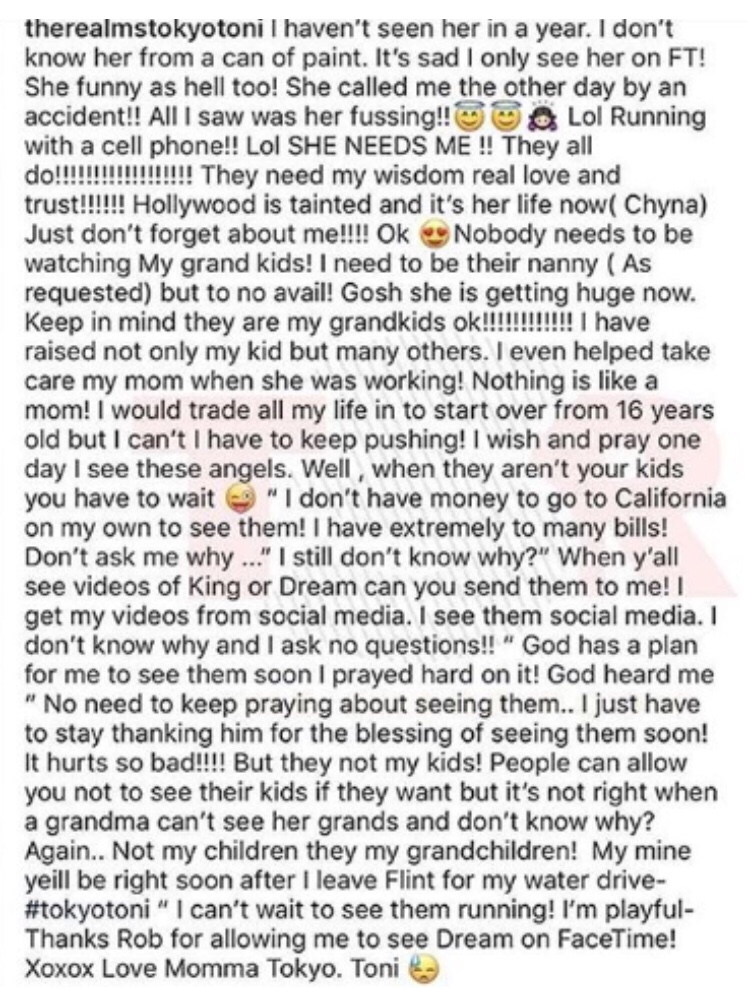 Now Chyna commented on the story when it was shared by an American Instagram blog and mentioned her mom was a liar.

Tokyo of course fired back and insulted the heck out of her. 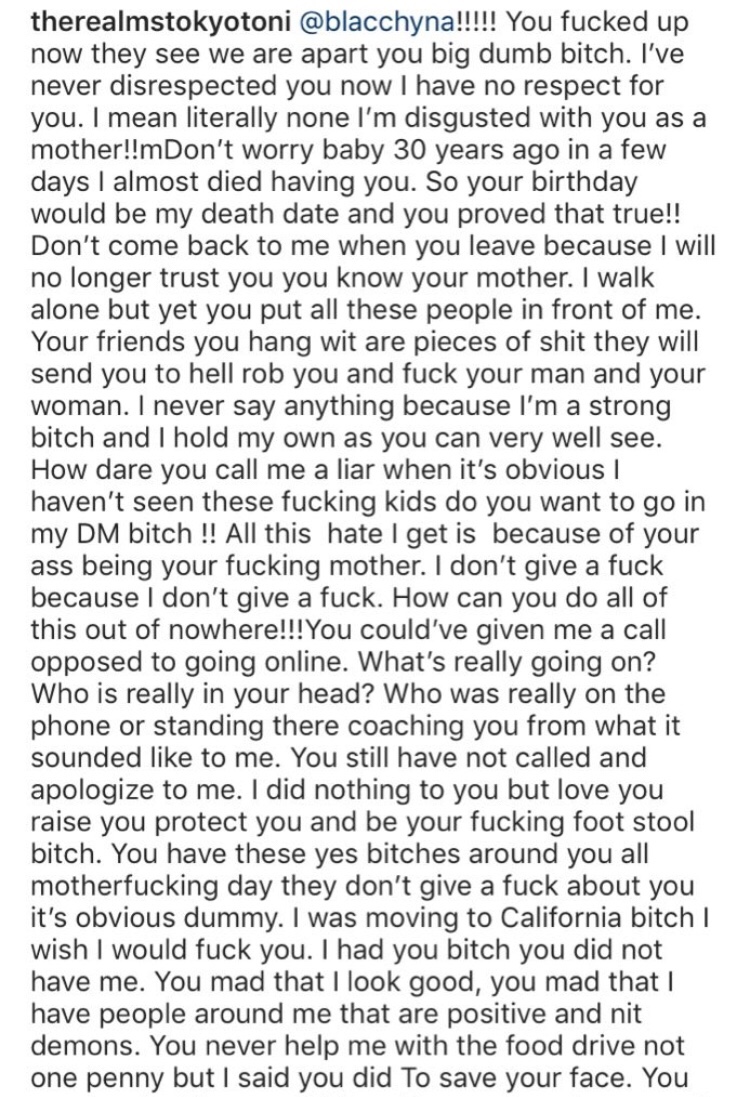 Last month Tokyo Toni took a jab at her Blac Chyna too. She took to Instagram to post a video in which she asked her followers what they would do for their mothers if they were rich. Tokyo said in the video:

“I was just laying here thinking, I have 14,000 people on my page. If you were rich, funky, stinking a** famous rich AF. Where you can buy anything you want. When you can just get up and take a trip to Dubai—that rich, what would you do for your mother?”

“If your mother was humble, worked HARD for hers her entire f’n life. What would you guys do for your mom?! Would you set her up or would you put her up? Exactly what would you do?”

Past actions between the mother and daughter have also hinted toward some beef between the two, especially when it comes to money. In 2016, Tokyo also took to Instagram to talk about how she bought a brand new house by working hard but Blac quickly commented on it and claimed she bought the house for her. We’re not sure what will come of this new rant but we hope Tokyo and Blac can work things out soon. After all, there’s no relationship quite like the one between a mother and daughter.