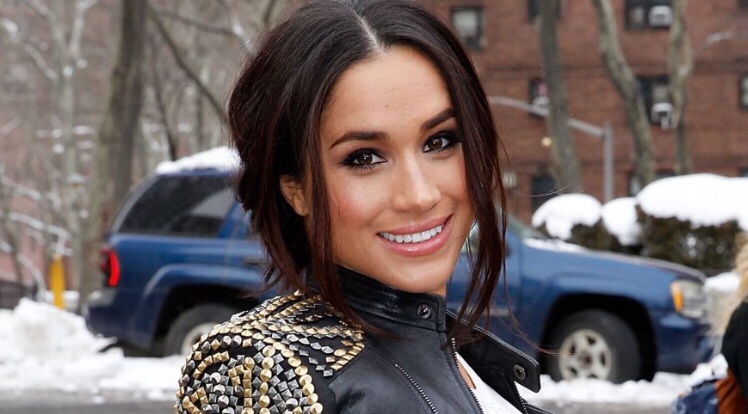 looking chic in a tailored black pantsuit from Alexander McQueen future royal Meghan Markle put her Hollywood skills to good use on Thursday when she gave her very first royal speech at the Endeavour Fund Awards, as fiancé Prince Harry watched proudly from the audience. 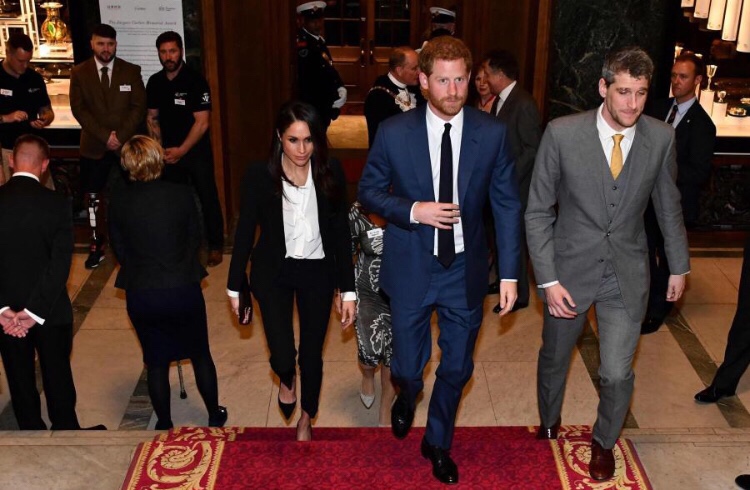 It was unusual move, considering she’s not yet an official royal, but Meghan took the stage with confidence to hand out one of the awards of the night, which honors the achievements of wounded, injured and sick veterans who have taken part in remarkable sporting and adventure challenges as part of their recovery and rehabilitation. 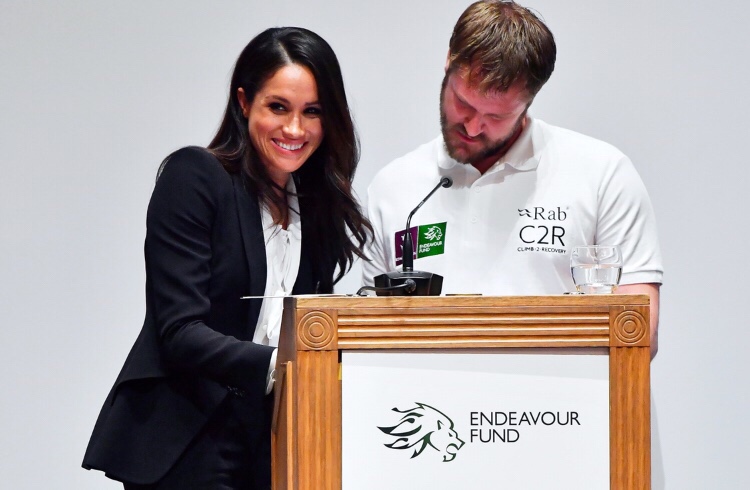 Before introducing Daniel Claricoates, winner of the Celebrating Excellence Award, recognizing the individual who has best endeavored to achieve excellence in their chosen sport or adventurous challenge she said.

“I’m truly privileged to be here,”

“Daniel acquired complex post-traumatic stress after multiple tours in Afghanistan with the Royal Marines, during which he was awarded the Military Cross,”

“Despite his teammates stating that Daniel’s battle with post-traumatic stress was probably the toughest they have ever seen, Daniel joined “65 Degrees North” in climbing to the summits of the highest mountains in both Africa and Antartica. Daniel now works with children, assisting them to foster their own spirit of adventure through the Duke of Edinburgh’s Awards Team.”

Harry also gave a speech before handing out the final award of the night. Ahead of the awards ceremony, she and Harry attended a reception where they met with the inspiring nominees, as well as participants and key supporters of the Endeavour Fund. The charity was founded in 2012 by the Royal Foundation, which is run by William, Harry and Kate Middleton. Meghan joined Harry on the judging panel of the Endeavour Fund. A royal source said:

“The panel considered some submissions and they went through those with other people, spending a day considering the submissions and helped to make the decisions along with the rest of the panel,”

Check out her full speech below.