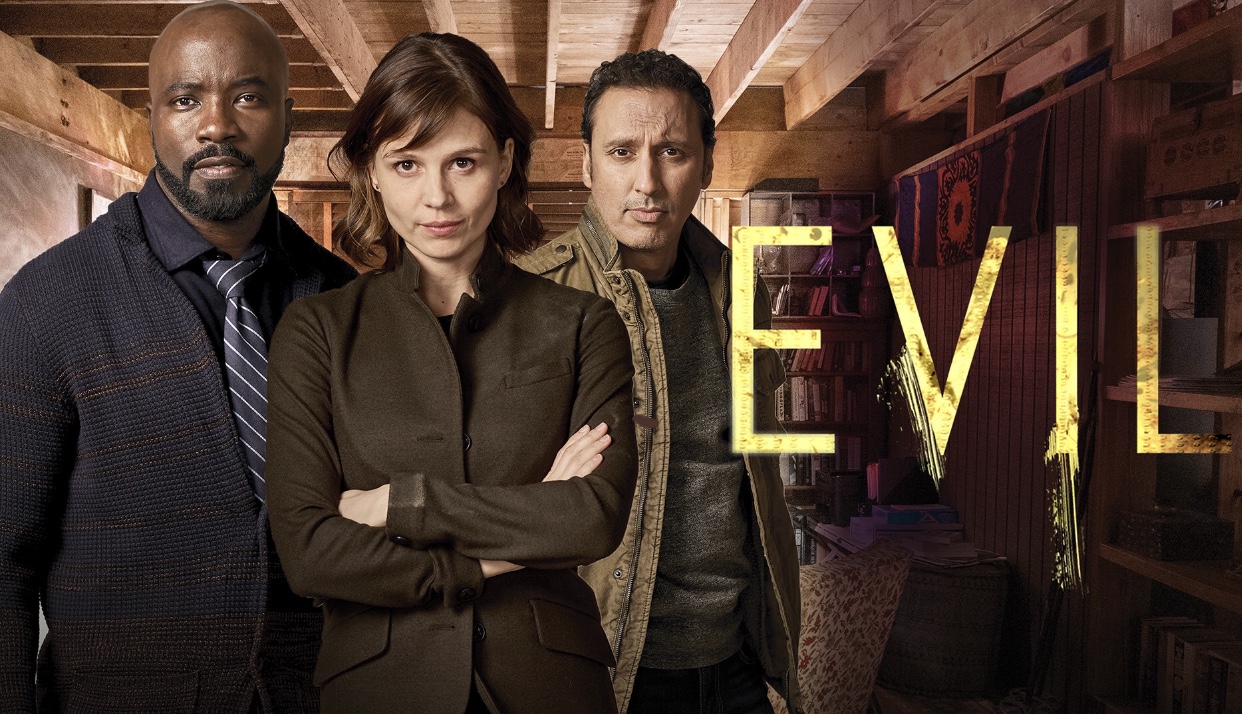 On Evil Season 1 Episode 4 – “Rose390”, Kristen, Ben and David are hired to evaluate Eric, a seemingly psychopathic 9-year-old boy; Eric takes a liking to David, which leaves them hopeful they can curb his violent behavior; Kristen’s daughters lie about a game their grandmother bought. You can watch the full episode below.

Skeptical female psychologist Kristen Bouchard joins David Acosta, who is training to be a Catholic priest, and a blue collar contractor as they investigate the church’s backlog of unexplained mysteries, including supposed miracles, demonic possessions and other extraordinary occurrences. Their job is to assess if there’s a logical explanation or if something truly supernatural is at work, examining the origins of evil along the dividing line between science and religion. The series is created by Robert and Michelle King.